Humidifier With Hygrometer: What Is It And Do You Need It?
One Of The Easy Ways To Clean Mold Off Wood
6 Tips To Help You Prevent Mold In Your Home
The 3 Best Digital Hygrometer for Humidor Options You Can Buy
2 Ways For How to Test Humidity Without a Hygrometer
We may earn a commission for purchases using the links on our site.

Hygrometer vs. Hydrometer: What is the Difference? 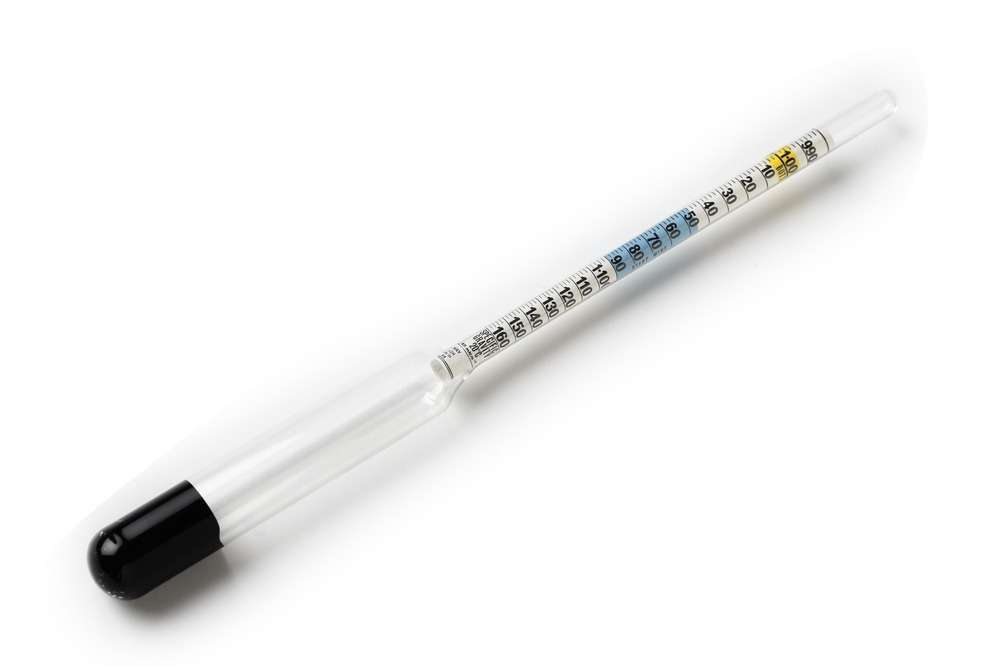 Many people don’t know the difference between hydrometers and hygrometers, the 2 words sound alike, but the devices are different. However, not many are aware of the function of either device. This leads us to the hygrometer vs. hydrometer debate.

We look at this debate a bit more by highlighting the use of each of the devices and their key differences.

What is a hydrometer used for?

A hydrometer is a device used to calculate the density of a liquid, it shows how heavy the liquid is, compared to the liquid it’s measured against.

The device uses the concept of flotation. If you place a liquid inside a jar of water, it will either sink or float. If it sinks, it displaces or forces water upwards. The amount of water forced up is equal to the weight of the liquid. The liquid floats if the upward force is equal to or less than the weight of the water.

Hydrometers have 2 parts; a weighted bulb and a cylinder stem.

They come with a hydrometer jar.

How to use a Hydrometers

Here is how you use it:

A lot of people make errors when noting the density. To take the reading, go down to the liquid surface, the top-most horizontal point, against the hydrometer, note that down.

What is a hygrometer used for?

A hygrometer is a device used to determine humidity or the amount of water present in the air. The ideal humidity level for a home is between 30% and 50%. Levels above or below this result in health concerns.

When humidity is lower than 30% for an extended period, you can expect the following symptoms:

While exposure to humidity over 60% for an extended period leads to the following:

More homeowners have started to use the device. You also find them in saunas and museums. It helps keep humidity in check in these locations.

You can find four different types of hydrometers in the market. They all have different ways of operation but measure the same thing, the level of moisture in the air.

The comparison between hydrometer and hygrometer

Let’s look at the 2 devices for comparison purposes.

Hygrometer vs. hydrometer: The key differences

The only similarity between the 2 devices is that they help you measure something. Both of them are very different in their make and how they operate.

The differences are as follows:

You now have a better understanding of hygrometers and hydrometers and the difference between the 2 devices. The concept of the 2 may be old, but they are still relevant today.

So, remember when you are battling black mold, you want a hygrometer and not a hydrometer.

About the Author Belal

Belal Rizvi enjoys writing about home improvement and do-it-yourself projects. He is an avid learner of the mold removal and dehumidifiers industry and provides insightful information about it to the readers.